Hello it is Radar. 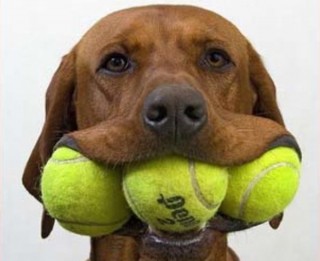 Some humans love to run. Some of them just ran the Boston Marathon this week.

Here are some dogs who helped make the Boston Marathon safe this year. They sniff for bombs. 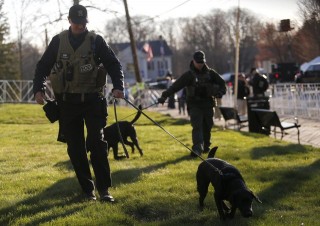 Here are two humans who did not run this year. Their names are Jessica Kensky and Patrick Downes.

Their four-legged friend is named Rescue.

Last year two bombs went off at the Boston Marathon. Patrick and Jessica were running past when the bombs exploded.

Both of them lost their left legs in the explosion, and Jessica had very bad damage to her right leg. She was in terrible pain and had many operations. 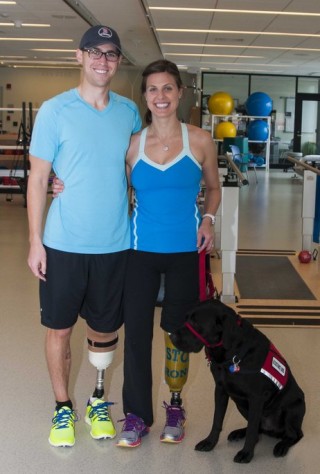 She was very depressed.

Then she met Rescue. 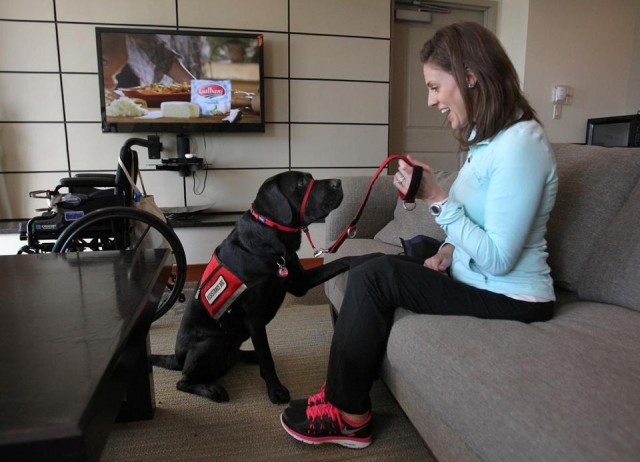 Rescue is a black labrador retriever. He came to Jessica from the Pawsitively Strong fund of NEADS, an organization that matches service dogs with deaf and disabled humans.

After the Boston Marathon bombing, they provided assistance animals free to bombing victims.

The NEADS service dogs are trained by prison inmates at 10 prisons in New England. Rescue went to school at a medium-security facility in Cranston, Rhode Island. 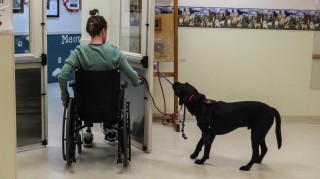 Rescue helps Jessica in many ways. He steadies her when she walks on her prosthetic leg.

He presses elevator buttons and opens doors when she is in her wheelchair. 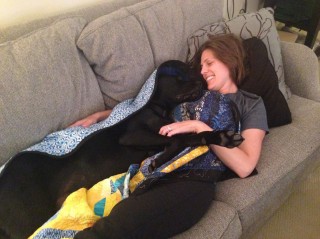 He can fetch her keys when she drops them on the floor.

And he is always available for snuggles.[/column]

Here is a story I heard on the talking car box about Rescue and Jessica. It is a good story and made me very blinky.

NPR story on Rescue and Jessica

With Rescue’s help, this was possible just one year later: Jessica raced in the Boston Marathon handcycle event. Jessica won the women’s division. 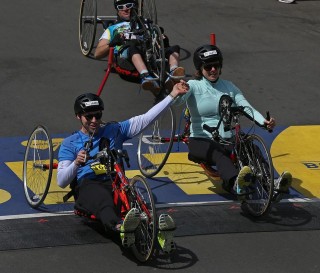