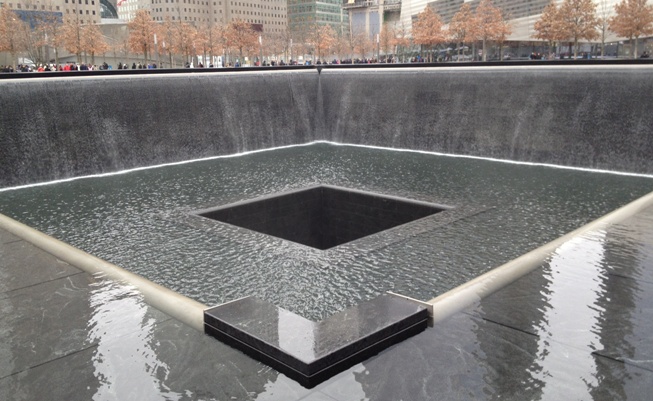 Those are real quotes from a sixth-grade class where I taught Eleven this year.

Their confusion is understandable, because many parents and teachers aren’t sure how to even start a conversation on such an emotional subject.

This morning, my publicist sent out my first press release: 8 Tips on How to Talk to Your Kids about 9-11. Here it is, in its entirety.

I’d love to hear how you learned (or talked to your kids) about 9/11! Email me at tom@eleventhebook.com or leave a comment on our Facebook page.

(A press kit and this release are available on the Eleven Press page.)

WHAT’S THE FIRST STEP IN EXPLAINING 9/11 TO A CHILD TOO YOUNG TO REMEMBER? JUST TALK, SAYS TOM ROGERS, AUTHOR OF ELEVEN

Take Your Time, Listen, and Remember that Today’s Kids Didn’t Experience 9/11 the Same Way You Did – So They Might Not React the Same Way Either

New York (July 30, 2014) – It’s hard to imagine, but some kids in middle school today aren’t even sure what really happened on 9/11. Kids as old as thirteen weren’t even born yet, so their confusion is understandable.

As the next anniversary of the September 11 attacks approaches – the first one since the opening of the National 9/11 Memorial and Museum, which is garnering visitors from around the world – how should adults talk to children about what happened on that day? The first and most important tip on how to talk to kids about 9/11 is simple – just start talking.

Tom Rogers, author of young adult novel Eleven, which tells the story of a boy who turns eleven on 9/11, has assembled a list of guidelines for adults struggling to explain the events of 9/11 to the kids in their lives.

He advises adults to…

“As another anniversary approaches, and your children continue to hear about it from their peers and on TV, they may come to you with questions, unsure about what really happened,” added Rogers. “This is your chance to help them understand.”

For more information about Eleven, please visit the website here. To schedule a conversation with Tom Rogers, please contact Eric Mosher of Sommerfield Communications at (212) 255-8386 or Eric@Sommerfield.com.

Tom Rogers is a novelist and the screenwriter of numerous animated films, including The Lion King 1½, Kronk’s New Groove, LEGO: The Adventures of Clutch Powers, and Disney’s Secret of the Wings. Eleven, the journey of a boy who turns eleven on September 11th, 2001, is his first novel for young adults.