Today, I’m going to brag about my kids. All thirty of them. 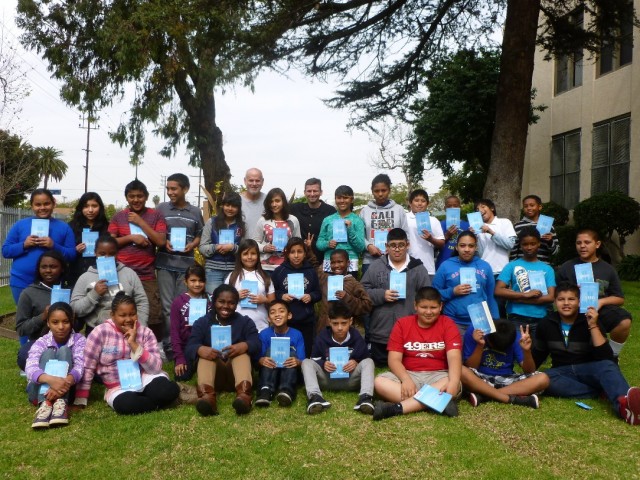 Since January, I’ve been teaching Eleven to the students in Jeff Shapiro’s sixth-grade class at McKinley Avenue School in South Los Angeles. 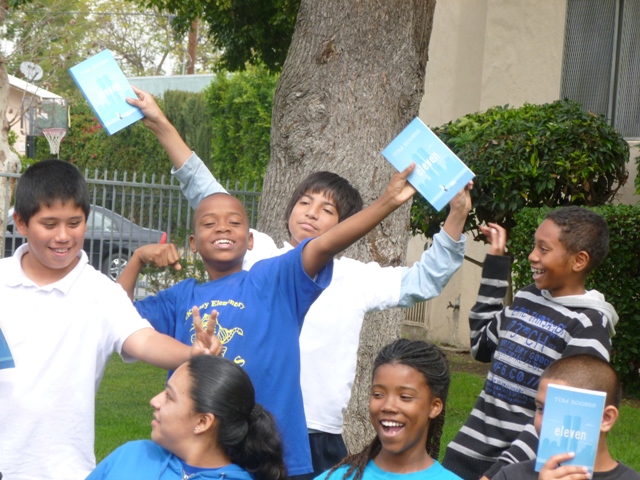 They are serious scholars, every one.

Mr. Shapiro is an old friend and has been a fifth- and sixth-grade teacher at McKinley for fifteen years. For as long as he’s been teaching, I’ve been coming to visit his classes and to speak at McKinley’s annual Career Day about reading, writing, revising (a topic loved by no student ever), movies, cartoons, and college, while trying to creatively evade every kid’s favorite question: “How much money do you make?” 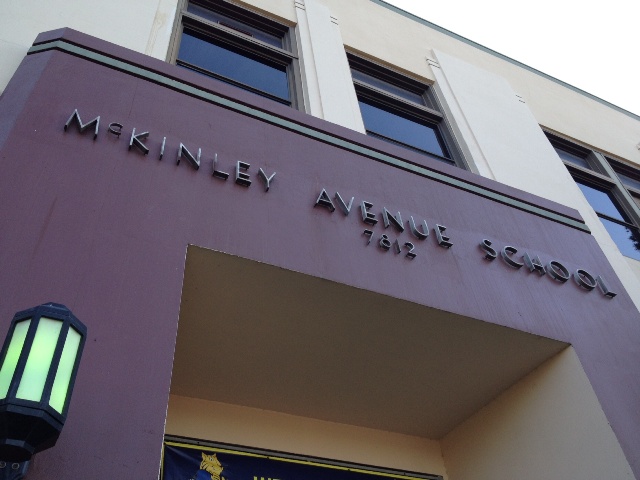 As I said, Mr. Shapiro and I have been friends forever. His wife cuts my hair. I sometimes pick up his kid from the school bus stop. And Jeff and I played tennis for years, until he blew out his knees. I still bring him bags full of old tennis balls, which he puts to use in creative ways. 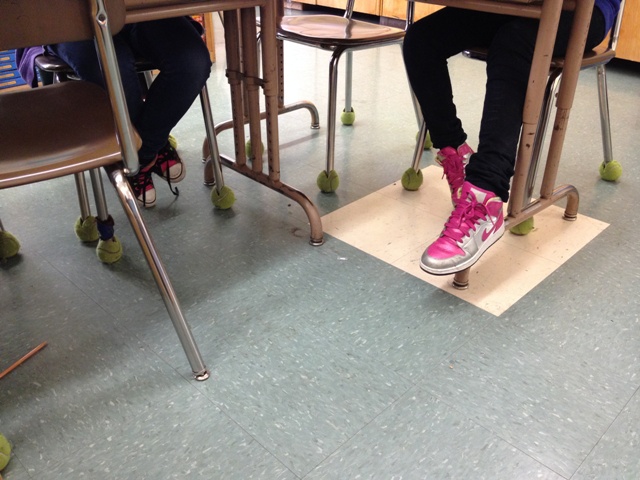 You would think old friends should be able to ask each other anything, but you would be wrong. He was instrumental in giving feedback on early drafts of the book, but the instant the book came out, we turned into wallflowers at a school dance, each of us too nervous to ask if the other would be willing to help teach it. The answer, of course, was “Yes….” (That sentence ends with a part of speech we call the “silent idiot.”) 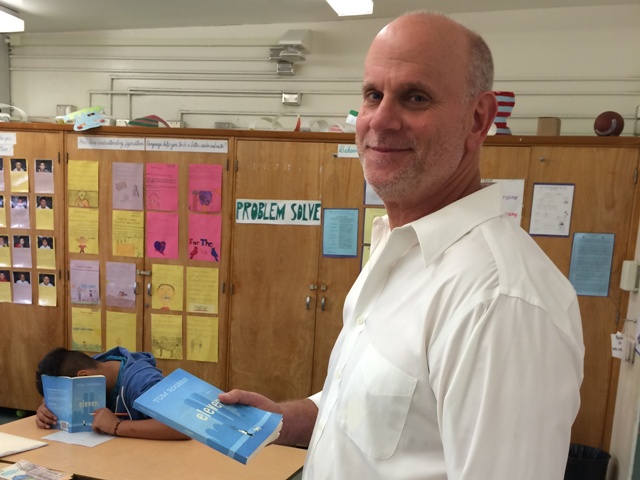 The Man in the White Shirt (with camera-shy Ernesto behind)

But let’s get back to the kids. When we started, they knew almost nothing about 9/11, mainly because most hadn’t even been born then. Some needed work on reading skills. Some needed work on being quiet. (You know who you are, guys.) But every one of them embraced this challenge with gusto, and I’ve been consistently surprised and moved by their enthusiasm. As Mr. Shapiro likes to say, we are getting out our shovels and digging deep, using the book to teach Common Core English/Language Arts standards–not just vocabulary and similes and metaphors, but also more abstract concepts like figurative language, imagery, and theme.

Check out Amie, citing text to support her argument that strangers acted differently to each other on 9/11.

And what do I get in return? Major swag. 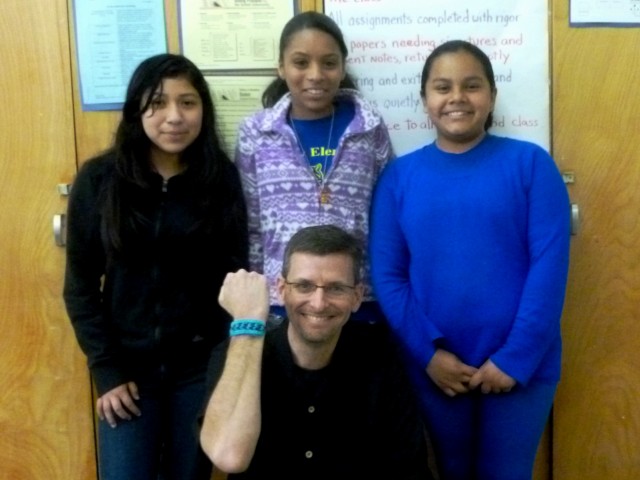 Noemi, Vivian, Ashley V., and the author, with the rubber-band bracelet they made him.